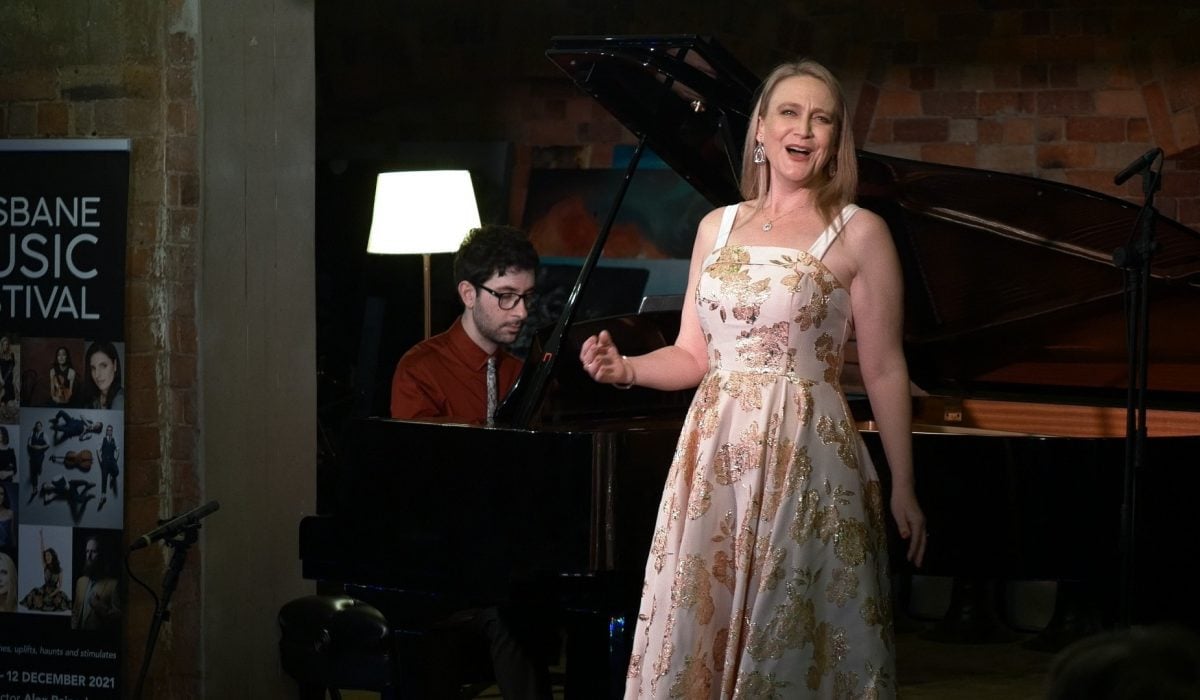 An interview with Sarah Crane

The Opera Queensland Studio Series continues with A Poet’s Love featuring soprano Sarah Crane and baritone Shaun Brown. In what will be our second collaboration with this year’s Brisbane Music Festival, Sarah and Shaun are joined on stage by the Festival’s Artistic Director, pianist Alex Raineri. We spoke to the Brisbane-based soprano ahead of the recital.

Can you please tell us a little more about Gustav Mahler’s Rückert Lieder and Schumann’s Dichterliebe and why you chose these cycles for your recital, A Poet’s Love?

Rückert Lieder have long been a favourite collection of songs for me. Having first been inspired by hearing Shaun sing the cycle, I then performed them many years earlier in my career. I’m looking forward to performing them now with much more life experience and a totally different, more mature voice.

Is there a part of either song cycle that is more difficult or rewarding to perform?

The repertoire is rewarding simply in its harmonic nuance, text setting by Rückert, and Mahler’s ingenious subtleness of composition. The challenge for a soprano is that Mahler initially composed the set of songs for middle voice, and there may be some who feel they should remain as works for baritone or mezzo-soprano. However, being only a tone higher in soprano key, I feel that a lyric soprano voice is able to bring the vibrancy and depth of tone required to touch the soul of the listener.

What can audiences expect from your performance with Shaun and Alex ?

Our recitals are going to have a beautiful intimacy to them both through the repertoire we have chosen and the intimate setting. The Opera Queensland Studio will be reminiscent of a chamber setting venue – a small audience enjoying an acoustic performance in close proximity to the singers. Mahler intended the Rückert Lieder be performed in a small venue as they were written in a chamber style. He first composed them for piano and voice, only later orchestrating four of the five songs, so performing them with (pianist) Alex Raineri is such a special opportunity.

How long have you and Shaun been performing together?

Believe it or not, Shaun and I don’t get to perform in many productions together as most opera duets tend to be for soprano and tenor, not soprano and baritone. This means we are constantly on the lookout for repertoire to perform together.

We have performed in many concerts, however. It’s always fun and very special to be on stage together. We’ve sung together in some beautiful places, including on a beach in Broome, Western Australia; on the rainforest castle ruins at Paronella Park, Far North Queensland; and near the caves in Undara Volcanic National Park in Conjuboy, Queensland.

How did you meet pianist Alex Raineri?

We’re very fortunate to have Alex accompany our students in recital at The University of Queensland, and it is through this connection that we started collaborating with him in our own concert events. Alex is not only an amazing pianist but is a great entrepreneur and champion for the arts.

Do you have a favourite composer or genre you like to perform?

What makes a composer a favourite is not only how they allow us to connect with the text but also how they understand the instrument of the human voice. There’s a reason why works by Mozart, Schubert, Schumann, Mahler, Faure, Strauss, Verdi, to name just a few, are favourites for many performers and that’s because they allow the human voice to replicate human emotions and experiences. They are timeless.

And finally, imagine your dream concert – who would be in the audience, where would you perform and what repertoire?

I’ve had the honour of performing in many beautiful European opera houses in Germany, France and Austria, which have been definite career highlights, but I do imagine a recital, such as A Poet’s Love, performed with Shaun and Alex in a gorgeous European castle, or where better, than in the Brahms-saal of the Vienna Musikverein where the Rückert Lieder (four of the five) premiered in 1905. It is not important who is in the audience as long as they are immersed in the wonder of the music.

An interview with Shaun Brown

Hot off the heels of his appearance in Songs of Love and War, Shaun Brown will next perform in the Opera Queensland Studio Series. We spoke to Shaun a...

We recently asked Alex Raineri, Australian classical pianist and Artistic Director of the Brisbane Music Festival, a few questions about his collabora...